Chemfab Alkalis Ltd. (CCAL) is a reputed chemicals organization, with headquarters in Chennai.  A pioneer in the industry with multiple facilities, primarily focused on growth through innovation and sustainable practices.

A green initiative company, Chemfab solarized their facility at Puducherry, by partnering with Shiroi Energy. Spread over a rooftop area of 11,000 square feet, the project was executed in a span of 1.5 months, with an estimated car​bon offset of 2,879.51 metric tons over its lifetime. 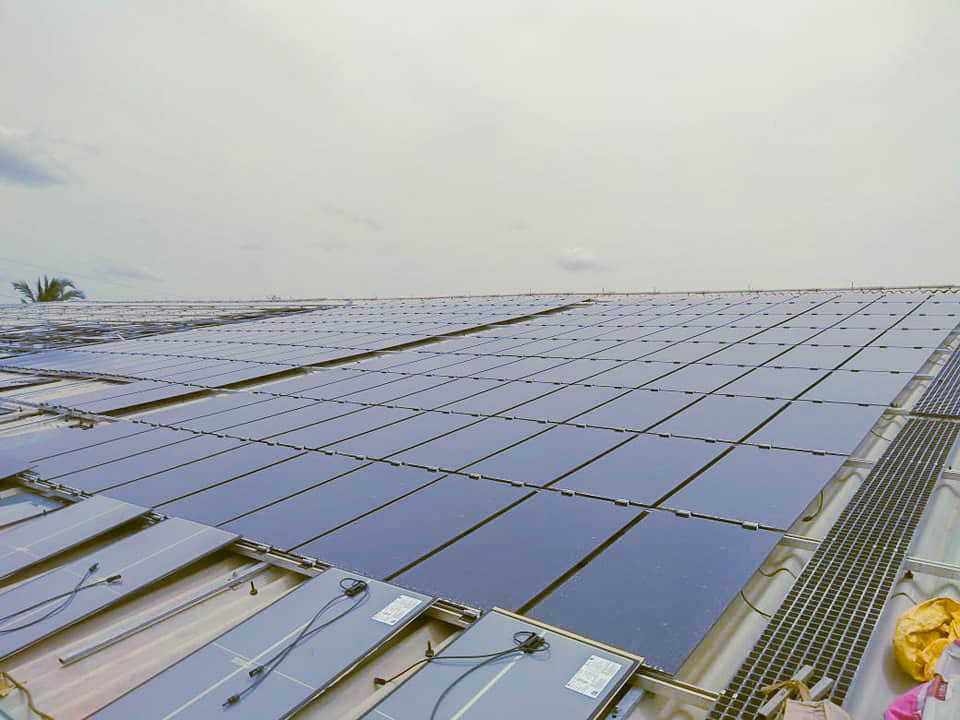 This was a rooftop solar project. The roof was made of asbestos, which is a brittle material.  Due to its fragility, when holes are drilled, the entire sheet cracks/breaks. The challenge was to design a structure where there is absolutely no weight/load acting on the asbestos sheet . 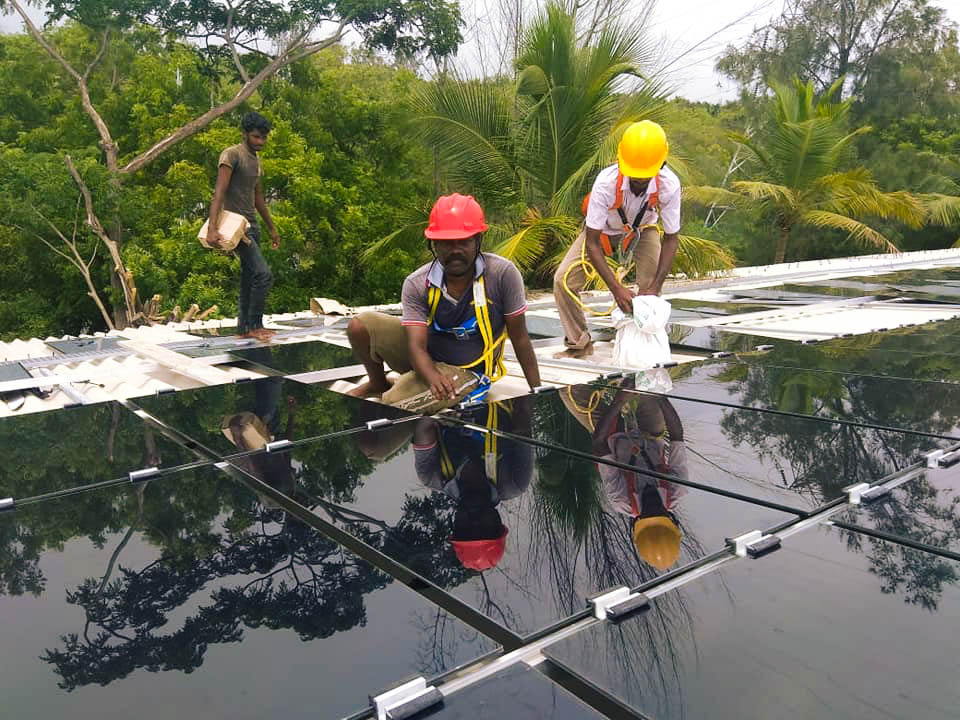 To combat the aforementioned challenge, the solar panels used in the design are first solar panels. These panels are mad​e of glass and are frameless, making them lightweight. Since they don’t have a frame, the set up required connecting the panels using clamps, specifically with rubber beadings. The challenge was- the right size clamps were unavailable in India. 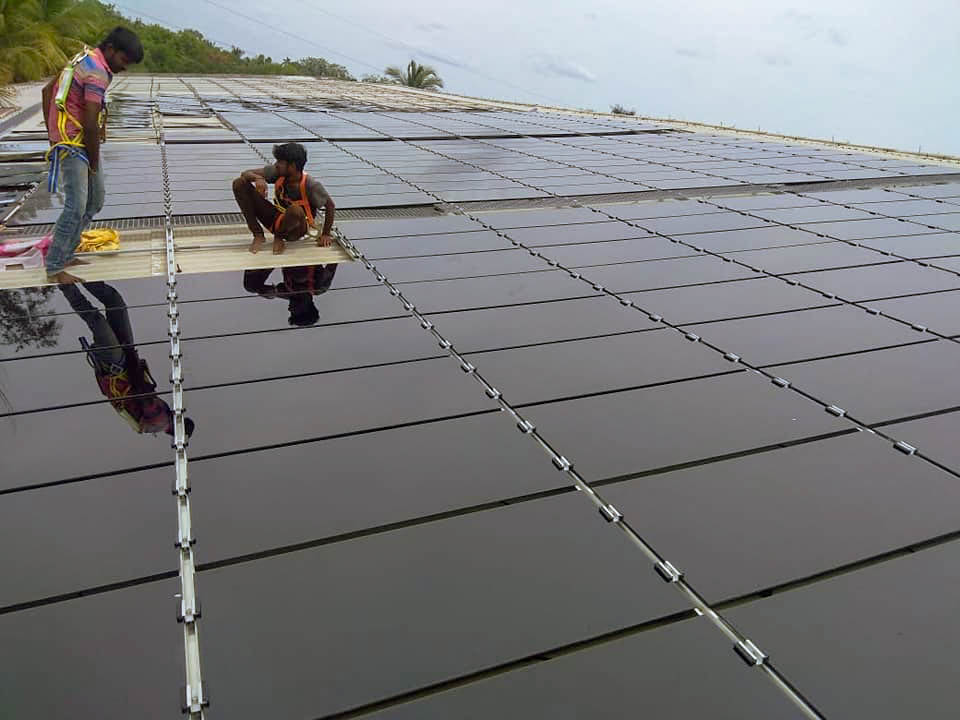 To circumvent the rooftop weight issue, the bolts holding the asbestos were replaced with a larger heavy duty bolt. These bolts were screwed in, from under the roof- with more amount of the screw protruding on the top. These bolts take up the load of the structure and panels, onto the purlin, bypassing the asbestos.

This structure design was done for First solar panels. Being lightweight, frameless and made of glass, the connecting clamps specifically with rubber beadings- were unavailable in India. Hence, Shiroi Energy redesigned the clamps and got it locally manufactured. The customized clamps were used to set up the first solar panel structure on the asbestos rooftop. 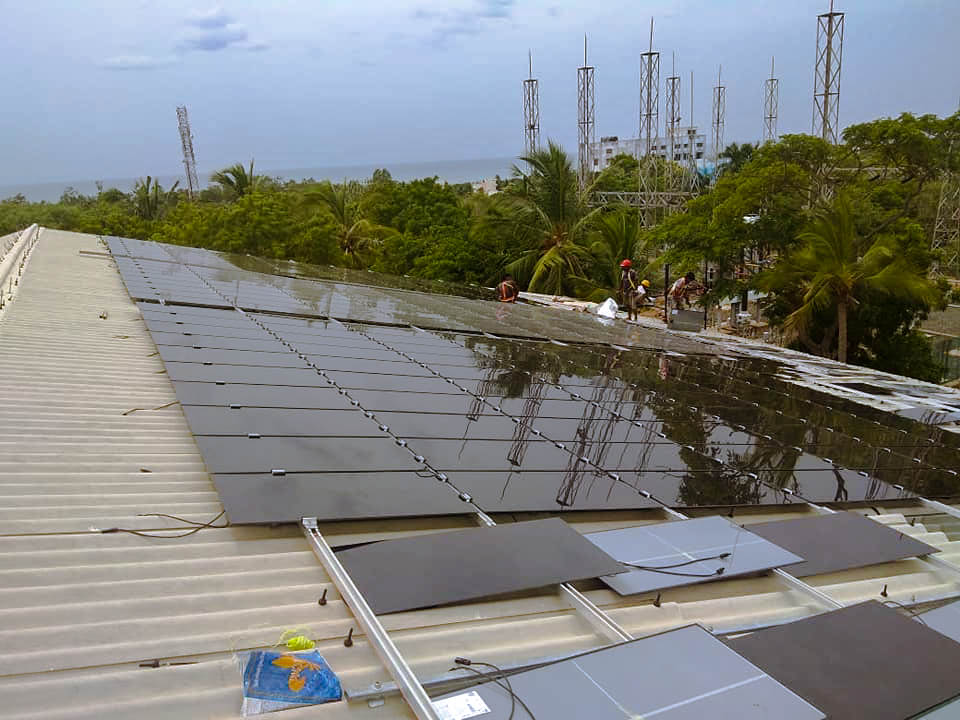 The new large screw takes the load of the structure and panels, on to the purlin, bypassing the asbestos rooftop.  The first solar panels are lightweight and require precisely designed clamps with rubber beadings for connections. This project completed in a month and a half – including replacing nuts and bolts of the roof and having the new structure.

We feel confident about our design capabilities- to do any complicated design project and use any type of panel in the future.