Solar is the Cheapest Source
of Electricity now

In 2020, Solar became the cheapest form of electricity, when there was a record 1.35 Cents/ kWh solar bid in Abu Dhabi, UAE.

As per reports by the World Economic Forum, renewables are now significantly undercutting fossil fuels as the world’s cheapest source of energy, according to a new report.

Of the wind, solar and other renewables that came on stream in 2020, nearly two-thirds – 62% – were cheaper than the cheapest new fossil fuel, according to the International Renewable Energy Agency (IRENA).

Retiring costly coal plants would also stop the emission of about three gigatonnes of CO₂ a year – 20% of the reduction in emissions needed by 2030 to avert climate catastrophe.

Emerging economies will save up to $156 billion over the lifespan of the renewable projects added in 2020 alone, the agency added. 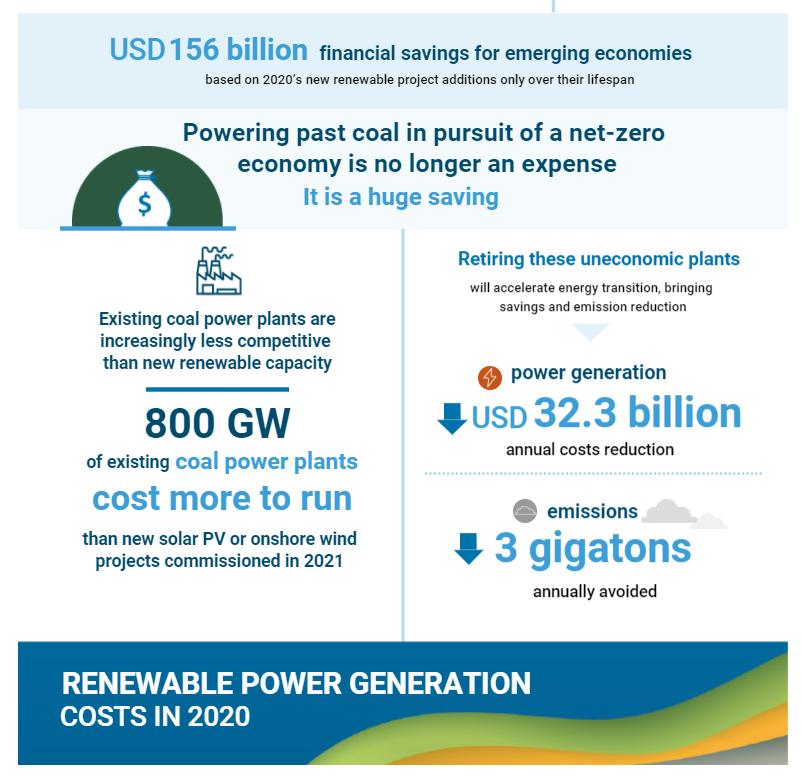 The report found a 16% fall in the cost of concentrating solar-thermal power technology – systems that use mirrors to reflect and concentrate sunlight onto a receiver.

Solar photovoltaics (PV) – the conversion of light into electricity using semiconducting materials – saw project costs fall by 7%. IRENA reported that the cost of electricity from utility-scale solar PV plunged 85% in the decade to 2020.

Financing the transition to renewable energy

The report follows the International Energy Agency’s (IEA) conclusion in its World Energy Outlook 2020 that solar power is now the cheapest electricity in history. The technology is cheaper than coal and gas in most major countries, the outlook found.

Another IEA study, Net Zero by 2050, reports that carbon neutrality is possible by 2050 – but only with big changes. This includes huge cuts in the use of coal, oil and gas – and substantial investment in renewables.

The World Economic Forum collaborated with the IEA and the World Bank to produce Financing Clean Energy Transitions in Emerging and Developing Economies, a special report on renewables investment.

This predicts that emerging and developing economies will need to increase their annual clean energy investment by more than seven times – from less than $150 billion in 2020 to over $1 trillion by 2030 – to put the world on track to reach net-zero emissions by 2050.